Rockley Photonics appoints Professor Andy Parker to the Board

Rockley Photonics, a leading integrated optics solutions provider today announced the appointment of Professor Andy Parker, Founding Science Partner of Ahren Innovation Capital and Head of University of Cambridge’s Cavendish Laboratory, to its Board of Directors. This follows the announcement of Ahren’s recent investment in Rockley Photonics.

“Rockley Photonics is emerging as a transformational business with technology that has the potential to profoundly impact a number of markets,” said Andy Parker. “Rockley’s bespoke fabrication process is ideally suited to high-volume production of low-cost sensors. Its platform is highly versatile, and I am looking forward to working with the team to further develop this technology in a range of sectors including data center connectivity, autonomous vehicles, and medical sensing.”

Andy brings an unparalleled understanding of deep technology from his position as a Founding Science Partner of Ahren Innovation Capital, and roles as Head of the Cavendish Laboratory and Professor of High Energy Physics at the University of Cambridge. 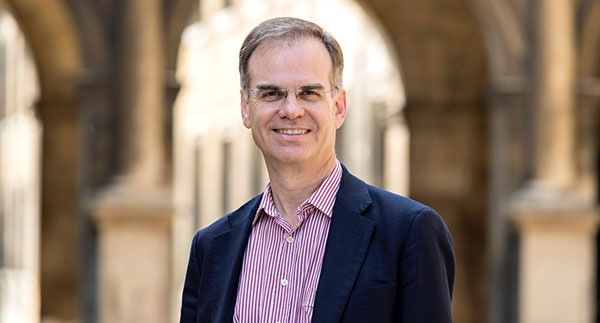 About Andy Parker
Andy Parker is a Founding Science Partner of Ahren Innovation Capital and Head of the University of Cambridge’s Physics Department where he is a Professor of High Energy Physics. He is an expert in high energy physics, extra space dimensions, quantum-sized black holes, and supersymmetry, with over 500 publications to his name.

He is a founder of the ATLAS experiment for the Large Hadron Collider and has commercially developed silicon detectors, fast electronics, large software systems, and pattern recognition, and he has pioneered computational radiotherapy and artificial photosynthesis. Andy’s awards include the Pilkington Prize for excellence.

View the full list of Rockley Photonics Board members and leadership team.

More details on Professor Andy Parker can be found at Ahren Innovation Capital.

Rockley’s founder, Andrew Rickman, is recognized across the industry for his technical and commercial success in silicon photonics. Andrew founded the first company to commercialize silicon photonics, Bookham Technology. Bookham had a successful IPO in 2000, became Oclaro in 2009 and is now a part of Lumentum. He later became the chairman of Kotura which was successfully sold to Mellanox in 2013.